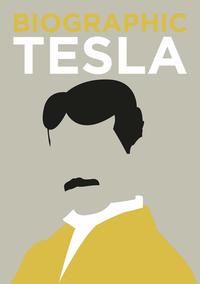 Many people know that Nikola Tesla (1856-1943) was an engineer and inventor, instrumental in developing the alternating-current (AC) electrical system and wireless radio communications we still use today. What, perhaps, they don’t know is that he was born during a lightning storm, that when he first arrived in the USA he owned 4 cents, his own poems, and a design for a flying machine, that he spoke 8 languages, that he held 300 patents for his inventions, and that he claimed to have invented a death ray that could destroy 10,000 planes at a distance of 250 miles. Biographic: Tesla presents an electrifying exploration of his life, work and fame, with an array of irresistible facts and figures converted into infographics to reveal the scientist behind the science.